Restart Energy has acquired many valuable partners since launching two short years ago. This, combined with more than 30,000 customers, has led Restart Energy to become the fastest growing private energy and gas supplier in the European Union — and we’re just getting started.

Some of our recent partners include blockchain expert BoostIT, the Bancor Network™, energy supplier REPOM, and even members of the European Parliament.

Along the way, we have also been endorsed by multiple key players in the industry who have deeply inspired us to continue working harder and expanding further. One of the most powerful endorsements we have received so far was granted by ROSENC, the Romanian Sustainable Energy Cluster, in September 2017.

As an NGO following the triple-helix model, ROSENC currently has 63 members that consist of 49 SMEs, 3 large companies, 8 universities/research institutes, and 3 public authorities. They work with the common aim of promoting new, sustainable energy fields, participating as partners and coordinators in international networks, and acting as an authority group within the energy industry.

Their recent endorsement letter came as a warm surprise during one of the most crucial phases of our growth as we go into our TGE and Pre-Sale.

Their letter of support expressed their praise for RED’s objective, which is to help build a more sustainable world that makes renewable energy affordable for everyone. They also supported our innovative use of blockchain technology and the overall format we are utilizing to bring decentralization into the energy sector and open up an industry that has been plagued by bureaucracy.

ROSENC confirmed in their letter of endorsement that they feel our practices are perfectly aligned with their vision of promoting Romania, the West Region, and Timis county as leaders in the fields of renewable energy and energy efficiency. They also stated that RED goes hand-in-hand with ROSENC’s vision and priorities for Climate Change Adaptation and Mitigation.

Ultimately, our system aims to reach 35+ countries around the world where the deregulated energy market can be connected and decentralized using the RED Platform software. Our long-term goal is to become the leading energy platform for this market, which makes up 44% of the world’s energy consumption.

As a Silver Labeled Cluster that is ranked among the top 111 clusters in Europe by the European Secretariat for Cluster Analysis, ROSENC’s endorsement is certainly a valuable one to us, and one that we look to often as our platform continues to expand and move into a new, brighter future. 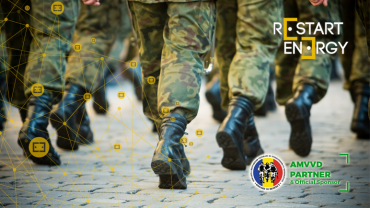