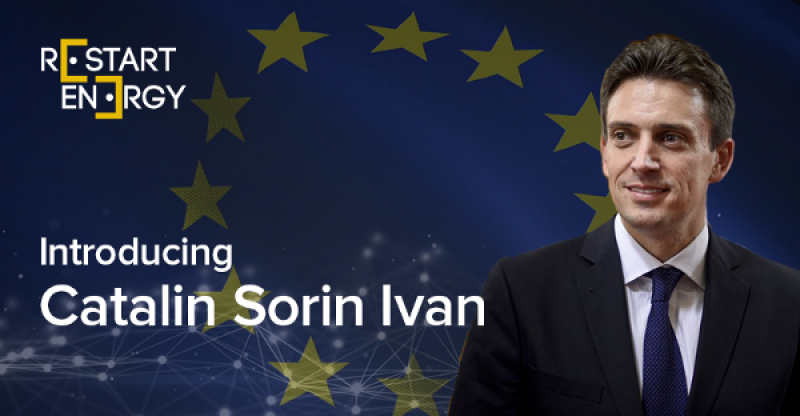 Restart Energy, the fastest growing energy provider in the EU, is building an efficient and transparent ecosystem — Restart Energy Democracy (RED) to bridge the global divide between energy producers, prosumers and consumers using blockchain technology. To this end, experienced advisors are key. Certainly members of the European Parliament have such in spades, and being appointed directly by the people, have a high degree of legitimacy as well.

Cătălin Sorin Ivan has all of these virtues and is also a blockchain enthusiast to boot! We are very pleased to announce that Catalin will be joining our distinguished board of advisors.

Cătălin’s resume is an impressive one — having been active in local and national politics since 2003, and an MEP of the European Parliament since 2009. He is one of the youngest members to ever grace the halls of Brussels and he aims to spearhead blockchain and deregulation efforts in the heart of the EU. Before getting into politics, he studied and earned a Masters degree in International Business — a solid background for blockchain and deregulation advocacy.

“[…] I am by trade an economist that believes in social responsibility, in the need for personal and national audits, in taking risks; innovation, antreprenorial spirit, willingness to work, but also care towards the environment and the active fight against poverty and social gaps are key in reaching these goals.”

Restart Energy is on the verge of its pre-sale (Monday, 15th of January), where it offers a 20% bonus of its MegaWatt (MWAT) tokens to contributors — this is part of its three sales drives (the private sale is still ongoing), culminating in a Token Generation Event (TGE), in support of the launch of its RED project, and its near-future expansion in over 35 countries.

RED is a unique ecosystem that uses blockchain solutions that work within existing legal frameworks, and is composed of the MWAT token, the RED-Platform and the RED-Franchise.

The MWAT token gives access to the RED-Platform — a revolutionary software designed to merge blockchain smart contracts, Bancor’s Smart Tokens™, and smart meter technology in order to cut out the middleman between energy producers, prosumers and consumers via a P2P framework where costs are reduced dramatically for all involved parties.

Restart Energy Democracy (RED) is a blockchain-powered platform, backed by Restart Energy — a European energy provider with 20 million USD in revenues. The company was built with a vision to democratize the energy sector and quash the dominance of legacy monopolies in the energy world. The company’s credentials include a customer base of 27,000 household and 3,000 corporate clients, expanding at more than 2,000 clients per month, and it’s impressive growth: 400% in 2016 and 425% in 2017.

The RED MegaWatt (MWAT) Tokens are digital cryptographic utility tokens that give access to the RED Platform Software and to the RED Franchise. The RED Platform is a blockchain based decentralized energy trading platform that makes it possible for energy consumers and producers to Send and Receive Energy Worldwide. The tokenized energy traded on the RED Platform can be physically delivered at local rates in countries with deregulated energy markets where Restart Energy will be present directly or through a franchise. The RED Franchise is the first power retail franchise that make it simple and easy to start and operate your own power utility company. Importantly, it should be noted that potential franchise partners will need to own (this is nota form of payment to us) a certain number of RED MWAT tokens, in order to qualify for our various franchise tiers — the secret to our award-winning growth as a business! 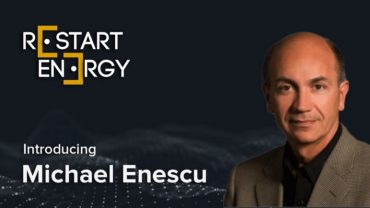