Restart Energy is an independent European Union electricity and gas provider with over 3,000 SMEs and multinational clients for energy, gas and fuel packages; and over 27,000 household customers for energy and gas. We operate in Romania and have brought a substantial change in the Romanian electricity and gas supply ecosystem. With sales growth of 400% in 2016 and estimated revenue of USD 20 million in 2017, we are moving towards realizing the next step of our vision: Democratising the global energy market by launching Restart Energy Democracy Platform (RED).

The Restart Energy Democracy consists of RED MWAT Tokens, RED Platform and RED Franchise. RED MWAT Tokens are the cryptocurrency that enables virtual storage of energy like a battery and acts as the currency for accessing and trading on the platform, RED Platform is a blockchain based decentralized energy ecosystem to connect energy producers and consumers and RED Franchise will help company expand its retail activity and create business opportunities for RED MWAT Token holders in deregulated markets to generate passive income for themselves.

We are launching the first crypto token that allows for decentralization and storage of electrical energy. The ICO is our attempt to create a business opportunity for true believers to participate and profit from the new world order in energy.

The global power market is currently worth around US$ 2 trillion per annum. Over 35 countries in the world accounting for 44 percent of the world’s energy consumption have already embraced deregulated energy markets. Further, China has recently announced its plan for deregulating its electricity market, currently worth US$ 500 billion.

I believe that the Deregulation movement has reached a tipping point globally and except some authoritarian regimes, you will see a global dawn where energy will break free from the monopolies that dominated the sector in 20th century. Deregulation will allow multiple producers to compete in the market thus driving global efficiencies and ultimately benefiting the final consumer.

The major challenge that the energy ecosystem faces is the bureaucracy of few major monopolistic players that dominate the market which leads to poor customer service and increased cost to customers. Since wholesale electricity market is complex and lacks transparency, these monopolies transfer the market inefficiencies to both small renewable energy producers and end customers.

The burdened bureaucratic energy sector saw a shift when consumers started producing energy for their own consumption. The global trends and latest technological changes in renewable energy have empowered consumers to generate energy on their own and sell excess to the grid. The sectoral changes in the market and improvements in battery technologies that enabled storage of energy have led to decentralization and provided more opportunities for consumers to become independent in their energy management.

Now, the last and final barrier in self-generating energy system is the transaction model in trading energy. The consumers have to still use conventional methods, i.e. through exchange or over-the-counter, to purchase or sell their excess energy.

Restart Energy Democracy Platform is a global energy supply platform that aims to make the electricity market transparent and decentralized. We will leverage blockchain and Ethereum’s smart contracts to allow for a secure, transparent and cost effective system for direct energy transfer.

It builds a transparent environment where users can buy, sell and trade energy with each other. They can compare tariff, change supplier, evaluate consumption patterns and pay invoices with tokens.

RED MWAT Tokens are cryptocurrency tokens that will act as the key to access the platform and for conducting business on the RED-Platform. Each RED MWAT Token is like a virtual battery that has a storage capacity of 1MWh with an initial charge of 0,11 kWh which is predicted to rise overtime as more and more renewable energy producers and suppliers offer energy for on-boarding the RED Platform.

The RED MWAT Token can be obtained by purchasing it at the ICO or at the secondary market and can be utilized to get access to the RED Platform, purchase/consume energy, sell in secondary market or obtain Restart Energy Franchise.

RED Franchise is the fastest growing energy retail franchise in the European Union with more than 300 energy franchises sold to business partners in Romania. The company aims to incentivize all the participants of the ecosystem and create a micro entrepreneurship model for those who have the potential and desire to earn passive income. They will have access to the RED Platform and can earn by offering retail energy to companies and households. RED Franchise has 4 plans for franchisee-

We have been working very hard on the idea of RED for years and have successfully received major licenses in 2015- energy supply license, gas supply license, fuel supply license and cross-border Serbia energy supply license. In 2017, the company hit the global market by launching online and mobile switching application, fuel card system, messenger bot for switching and support, WhatsApp support and home appliance insurance and has grown its customer base to 30,000 in 2017. Restart Energy is looking to expand to 45 countries and is planning to acquire 10MW of renewable energy production assets in the beginning of 2018.

Restart Energy has a large multi-faceted team supported by Industry stalwarts as advisors. Some of the key players include:

Armand Doru Domuta, CEO & Founder, Serial Entrepreneur, has dedicated more than 10 years to Restart Energy and scaled it into a successful energy company in Romania. Few of his achievements include the development of over 500 MW in renewable energy projects and pioneering a smart metering system.

Renato Doicaru, COO, is responsible for performing all activities of procuring and trading electricity. He has worked with Armand Group from the beginning, building and operating power plants and getting Restart licensed on all Romanian electricity platforms.

Cristian Bogdan is the Chief Financial Officer of the company. He has a track record of 14 years in the financial industry, mostly in top banks. He is experienced in corporate finance, financial analysis, business strategy, credit deals structuring, credit risk and daily business operations.

Andrei Avram is the Chief Technical Officer of the company. With 10 years of experience in developing IT-related businesses, Andrei is also the Founder & CEO of Transylvania High Tech and an Expert Evaluator for the European Commission for disruptive ICT startups.

Let’s catch up if you want to partner Restart in disrupting the old energy ecosystem. 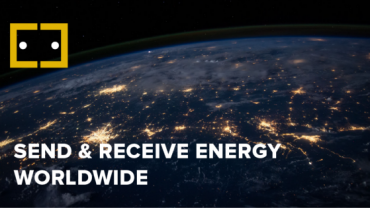