Restart Energy has always strived to streamline its processes to further its imperative of minimizing opportunity costs for both the company, as well as its over 30,000 customers. It’s the reason why we’ve integrated smart contracts into our blockchain-based energy platform from the very start.

In the wake of our recent Asia and Europe business tours, we have had the opportunity to further add to the ease of use and liquidity of our self-charging energy-backed RED MegaWatt (MWAT) token, by integrating the Bancor Protocol into its architecture, and as such joining other prestigious businesses on the Bancor Network. Bancor’s innovative protocol standardizes Smart Tokens™ which can hold balances of one or more other tokens — “Connectors” — and have a built-in autonomous conversion mechanism that allows any party to instantly purchase or sell the Smart Token for one of its connected tokens, directly through the Smart Token’s contract, at a price calculated by a formula which balances buy and sell volumes.

For our users and contributors, this will bring with it the following features and improvements for our RED MWAT token:

During the TGE, we will generate roughly 500 Million RED MWAT Tokens — a number we’ll adjust to make a RED MWAT Token worth USD 0.1 (10 US cents). From the number of generated tokens, we will issue 80% to be sold during the TGE, and out of those 80%, 2% will be allocated to the Bancor-compliant Token Relay (effectively ~8 million RED MWAT tokens). The Token Relay will be activated between 7 to 14 days after the MWAT distribution. You can join the Restart Energy community here.

Restart Energy Democracy (RED) is a blockchain-powered platform, backed by Restart Energy — a European energy provider with $20 million in revenues. The company was built with a vision to democratize the energy sector and quash the dominance of legacy monopolies in the energy world. The company’s credentials include a customer base of 27,000 household and 3,000 corporate clients, expanding at more than 2,000 clients per month, and it’s impressive growth: 400% in 2016 and 425% in 2017.

Restart Energy is developing the world’s first peer-to-peer, fully decentralized energy transfer platform, based on its proprietary virtual balancing system, that uses A.I, Big Data, and IoT technologies. The RED ecosystem is comprised of the RED-Platform, RED-Franchise and RED-MWAT Tokens.

RED MWAT tokens are self-charging crypto-tokens that enable the virtual storage of up to 1 MWh electricity and will facilitate the development of affordable clean energy. They come pre-charged with 0.11 kWh and get monthly free energy, up to their maximum, based on 5% of total grid power of the RED Platform. Importantly, it should be noted that potential power retail franchise partners will need to own (this is not a form of payment to us) a certain number of RED MWAT tokens, in order to qualify for our various franchise tiers — the secret to our award-winning growth as a business!

Bancor Protocol™ is a standard for the creation of Smart Tokens™, cryptocurrencies with built-in convertibility directly through their smart contracts. Bancor utilizes an innovative token “Connector” method to enable formulaic price calculation and continuous liquidity for all compliant tokens, without needing to match two parties in an exchange. Smart Tokens interconnect to form token liquidity networks, allowing user-generated cryptocurrencies to thrive. For more information, visit the website and read the Bancor Protocol™ White paper. 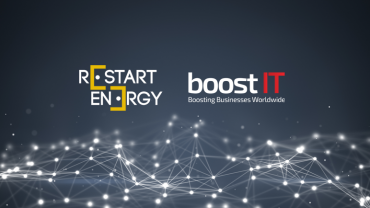